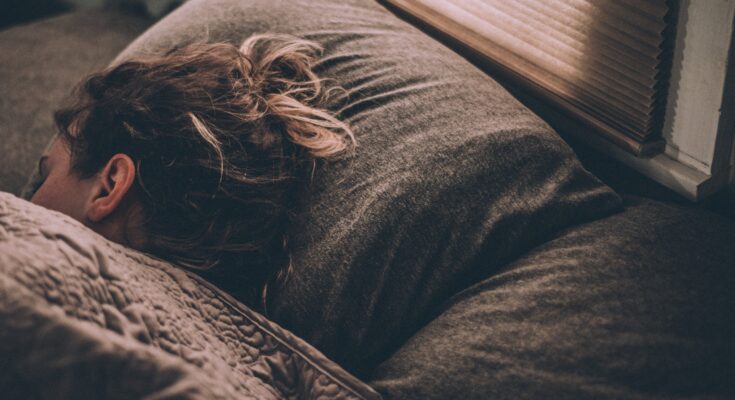 People who suffer from obstructive sleep apnea (OSA) are at an increased risk of cancer, according to a large study presented on Monday at the European Respiratory Society (ERS) International Congress in Barcelona, Spain.

A second study showed that OSA was also linked to a decline in processing powers in the elderly; in particular, those aged 74 years or more and men showed a steeper decline in certain cognitive tests. A third study found that patients with more severe OSA were at greater risk of developing blood clots in their veins—a potentially life-threatening condition.

OSA is a common sleep disorder whereby people experience partial or complete obstruction of their airways during sleep and stop breathing several times a night. This can manifest as loud snoring, gasping, choking and daytime sleepiness. It is believed to affect at least 7-13% of the population. People who are overweight or obese, have diabetes, or who smoke or consume large amounts of alcohol are most at risk of OSA.

Dr. Andreas Palm, a researcher and senior consultant at Uppsala University, Sweden, who presented the first study, says that “it is known already that patients with obstructive sleep apnea have an increased risk of cancer but it has not been clear whether or not this is due to the OSA itself or to related risk factors for cancer, such as obesity, cardiometabolic disease and lifestyle factors. Our findings show that oxygen deprivation due to OSA is independently associated with cancer.”

Dr. Palm and colleagues looked at data from 62,811 patients five years prior to the start of treatment for OSA in Sweden. Between July 2010 and March 2018, patients were treated with continuous positive airway pressure (CPAP), which provides a positive pressure of air through a mask to keep the airways open during sleep. The researchers linked these data with data from the Swedish National Cancer Registry and socio-economic data from Statistics Sweden.

The researchers took account of factors that could affect the results such as body size, other health problems and socio-economic status. They matched 2,093 patients with OSA and a diagnosis of cancer up to five years before OSA diagnosis with a control group of 2,093 patients with OSA but no cancer. They measured the severity of OSA with the apnea hypopnea index (AHI), which measures the number of breathing disturbances during sleep, or the oxygen desaturation index (ODI), which measures how many times an hour levels of oxygen in the blood fall by at least 3% for ten seconds or longer.

“We found that patients with cancer had slightly more severe OSA, as measured by an apnea hypopnea index average of 32 versus 30, and an oxygen desaturation index of 28 versus 26,” he said. “In further analysis of subgroups, ODI was higher in patients with lung cancer (38 versus 27) prostate cancer (28 versus 24) and malignant melanoma (32 versus 25).”

“The findings in this study highlight the need to consider untreated sleep apnea as a risk factor for cancer and for doctors to be aware of the possibility of cancer when treating patients with OSA. However, extending screening for cancer to all OSA patients is not justified or recommended by our study results.”

The study only looked at data from one point in time and it cannot show that OSA causes cancer, only that it is associated with it. Some important lifestyle factors such as physical activity and food preferences were not captured on an individual basis in the study. The main strength of the study is its large size and the high quality of data on cancer diagnosis and OSA.

In the future, Dr. Palm and his colleagues plan to increase the number of patients and to follow the patients over time to study the potential influences of CPAP treatment on cancer incidence and survival. “The association between OSA and cancer is less well established than the link with diseases of the heart and blood vessels, insulin resistance, diabetes and fatty liver disease,” he said. “Therefore, more research is needed, and we hope our study will encourage other researchers to research this important topic.”

In a second presentation, Professor Raphaël Heinzer, director of the Centre for Investigation and Research on Sleep (CIRS) at Lausanne University, Switzerland, told the congress that the study conducted by his colleague Dr. Nicola Marchi showed that OSA was linked to a greater decline in mental processing powers over a period of five years.

Professor Heinzer, Dr. Nicola Marchi, of Lausanne University Hospital, and colleagues studied people aged 65 years and over from the general population of Lausanne who were recruited to the CoLaus/PsyCoLaus and HypnoLaus studies between 2003 and 2008, and who were followed up every five years. A total of 358 participants took a sleep test to examine the presence and severity of OSA when they joined the studies. During the first follow-up between 2009 and 2013, their mental processing abilities were also tested and another cognitive assessment took place during the second follow-up five years later.

Speaking before the congress, Dr. Marchi says that they “found that OSA and, in particular, low oxygen levels during sleep due to OSA, was associated with a greater decline in global cognitive function, processing speed, executive function and verbal memory. We also found that people aged 74 and older and men were at higher risk of cognitive decline related to sleep apnea in some specific cognitive tests.”

“People with OSA and doctors should be aware that OSA may play a role in cognitive decline. However, to date, OSA treatment with continuous positive airway pressure (CPAP) has not been clearly demonstrated to prevent cognitive decline. Our study suggests that probably not all OSA patients have the same risk of cognitive decline; there is probably a subgroup of patients, particularly those with greater nocturnal oxygen deprivation but also older patients and men, who could be at greater risk of OSA-related cognitive decline,” he said.

The researchers plan to analyze data on the impact of OSA after ten years to find out more about who is at most risk of cognitive decline related to OSA. Dr. Marchi suggests that performing a randomized controlled trial with these patients in order to investigate the effect of CPAP on cognition should be the next step after that.

Strengths of the study include that it followed people over a five-year period, assessment of OSA was performed with the “gold standard” polysomnography test, and that several tests were used to evaluate a range of cognitive processes. Limitations include that the participants were relatively healthy, without severe cognitive impairment or dementia and that OSA was assessed only at the beginning of the study.

A third study, presented by Professor Wojciech Trzepizur, from Angers University Hospital, France, showed that patients with more severe OSA, as measured by AHI and markers of nocturnal oxygen deprivation, were more likely to develop venous thromboembolism (VTE). Out of 7,355 patients followed over more than six years, 104 developed VTEs.

“This is the first study to investigate the association between obstructive sleep apnea and the incidence of unprovoked venous thromboembolisms. We found that those who spent more than 6% of their night-time with levels of oxygen in their blood below 90% of normal had an almost two-fold risk of developing VTEs as compared to patients without oxygen deprivation,” said Professor Trzepizur. “Further studies are required to see whether adequate treatment for OSA, for instance with CPAP treatment, might reduce the risk of VTEs in patients with marked nocturnal oxygen deprivation.”

Professor Winfried Randerath,of the Bethanien Hospital at the University of Cologne, Germany, is head of the ERS specialist group on sleep disordered breathing and was not involved in the three studies. He commented that “these three studies show worrying associations between obstructive sleep apnea and important diseases that affect survival and quality of life. The data support the relevance of sleep apnea on cancer, venous thromboembolisms and mental health. While they cannot prove that OSA causes any of these health problems, people should be made aware of these links and should try to make lifestyle changes in order to reduce their risk of OSA, for instance, by maintaining a healthy weight. However, if OSA is suspected, definite diagnosis and treatment should be initiated. We look forward to further research that may help to clarify whether OSA may be causing some of the health problems seen in these studies.” 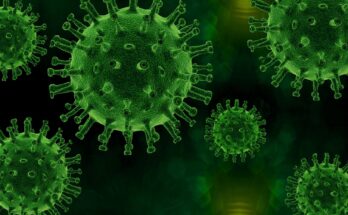 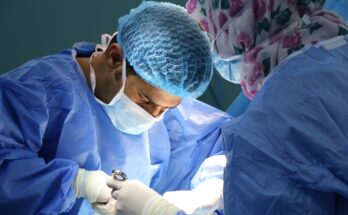