Fusobacterium nucleatum (F. nucleatum) is a common type of bacteria that proliferates in periodontal disease. It affects the gums and jawbone, and if untreated results in unstable teeth and tooth loss. In recent years, F. nucleatum has been linked to conditions ranging from colorectal cancer to premature delivery of babies.

Now new research published in the journal Frontiers in Aging Neuroscience by Tufts University scientists and colleagues suggests a link between F. nucleatum and Alzheimer’s disease.

“In this study, our lab is the first to find that Fusobacterium nucleatum can generate systemic inflammation and even infiltrate nervous system tissues and exacerbate the signs and symptoms of Alzheimer’s disease,” says Jake Jinkun Chen, professor of periodontology and director of the Division of Oral Biology at Tufts University School of Dental Medicine. The first author of the paper is Hongle Wu, who was a postdoctoral fellow in the Chen Lab at the time of the study.

F. nucleatum can also generate severe generalized inflammation, which is a symptom of many chronic diseases including type 2 diabetes and Alzheimer’s disease, notes Chen, who is also a trained pathologist and professor in the Department of Developmental, Molecular and Chemical Biology at the School of Medicine and Graduate School of Biomedical Sciences.

Chen and his colleagues believe that by targeting F. nucleatum, they can slow the spread and progression of at least two epidemics—periodontal disease, which affects 47% of U.S. adults over age 30, and Alzheimer’s, which afflicts 6.5 million Americans currently, and is expected to increase to over 14 million by 2060.

F. nucleatum and immune cells in the brain

The latest research, done in mice, shows that F. nucleatum results in an abnormal proliferation of microglial cells, which are immune cells in the brain that normally remove damaged neurons and infections and help maintain the overall health of the central nervous system. This over-supply of microglial cells also created an increased inflammatory response, the researchers found. Chronic inflammation or infection is believed to be a key determinant in the cognitive decline that occurs as Alzheimer’s disease progresses.

“Our studies show that F. nucleatum can reduce the memory and thinking skills in mice through certain signal pathways. This is a warning sign to researchers and clinicians alike,” Chen says.

“Testing for bacterial load and degree of symptoms could one day become a way to measure the effects of F. nucleatum and manage treatment to slow progression of both periodontal disease and Alzheimer’s,” Chen says.

Their research also suggests potential drug targets that could specifically quench the local as well as systemic inflammation caused by F. nucleatum in a periodontal environment.

More broadly, Chen and colleagues are targeting their translational research at blocking the pathways between periodontal disease and not only Alzheimer’s, but other diseases linked to inflammation, including type 2 diabetes.

Only 2% of mRNA is translated into proteins. Ninety-eight percent of RNA is “noncoding” and traditionally has been considered as no more than “junk genes.” But increasingly scientists, including Chen, are uncovering important functions they possess.

In particular, his lab is focused on two noncoding RNAs. One—microRNA—regulates the production of proteins in cells. Another—lncRNA—performs other functions to regulate gene expression and could ultimately be used to treat atherosclerosis (hardening of the arteries) as well as periodontal disease, diabetes, cancer, and diabetic bone disease.

Studies by Chen’s lab have shown that a molecule called microRNA-335-5P can inhibit damage done by periodontal pathogens. The molecule could also have a robust effect in targeting the pathological molecules produced in the brain that lead to Alzheimer’s.

“MicroRNA in general suppresses gene expression and could stop the production of certain proteins. MicroRNA-335-5P in particular could target three ‘bad’ genes—DKK1, TLR-4, and PSEN-1—all believed to be related to Alzheimer’s disease,” he says.

His lab has also designed a small molecule called adipoAI, which has strong anti-inflammatory properties. Chen hopes to begin a clinical trial soon to study whether it is effective in treating a range of inflammatory diseases including type 2 diabetes, Alzheimer’s disease, and periodontal disease.

“Your mouth truly is the gateway to your body,” he says 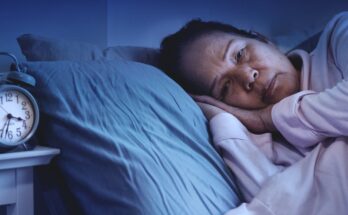