PCOS or polycystic ovary syndrome, as it is widely known, is a hormonal disorder that affects women of reproductive age. In India, its prevalence ranges between 9.13 percent to 36 percent, and it is increasing on a yearly basis. The condition not only affects a woman’s hormonal levels but can also impact her appearance, including her skin and hair.

What are the causes and symptoms of PCOS?

Women who suffer from PCOS often suffer from infrequent or prolonged menstrual periods due to excess male hormone (androgen) levels. It happens because the ovaries develop numerous small collections of fluid (follicles) and end up failing to regularly release eggs.

Major symptoms of PCOS include irregular or no menstrual periods, heavy periods, excessive body and facial hair, face and body acne, pelvic pain, difficulty getting pregnant, and even patches of thick and darker skin.

Why does PCOS affect hair?

The male hormone in the body causes hair loss and even triggers hair thinning on the scalp.

For those caught unaware, the male hormones are naturally produced within the ovaries, the adrenal glands, and the fat cells of a female body. In fact, they play a key role in leading to pubic and underarm hair growth. During menstruation, these male hormones become converted into oestrogen. But during PCOS, when ovaries turn into cysts and produce too much of male hormones, they end up blocking hair follicles and cause androgenic alopecia or AGA.

Also, read: PCOS can cause major hair loss, and here’s how you can stop it

When this happens, your hair becomes thinner and is shorter in length, and lighter in colour. It is also called female-pattern hair loss or FPHL, which starts at the parting on the crown of your head. It can lead to near-baldness, especially as women pass through menopause.

How to stop hair fall associated with PCOS

The thing with hormonal hair loss is that:

The intake of vitamin D, vitamin B12 and iron need to be monitored closely. If you are deficient, there is no point waiting to increase your food sources. Instead, take those supplements immediately in order to bring the levels to normal and then later, maintain them with food sources.

Make sure to always eat your vegetables and protein first. It may sound odd to you but the idea is to reduce the over consumption of simple carbs. Instead, you can switch to complex carbs, like brown rice, quinoa, barley, oatmeal and others which come from plant sources.

Add omega-3 in your diet and remember that just eating flax seeds won’t be the solution. They are nutrients that help maintain a healthy body. While plant sources such as nuts and seeds only have  ALA (alpha-linolenic acid), other two crucial ones — EPA and DHA – are found in certain types of fish primarily.

It is imperative to have 1 gram of protein for every kilogram of body weight. If you are 60 kgs, you need at least 60 grams of protein, to put it simply. Protein sources include animal-based foods like meat, eggs and dairy, and plant-based foods include fruits, vegetables, grains, nuts, and seeds. 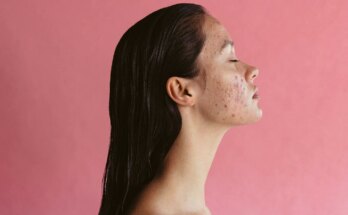 What are the worst foods for acne? Make these diet changes right away! Facial oils: 5 skin problems when you should totally avoid them